Yurii Irkhin, the expert-psychologist of KFI helped journalists to analyze the behavior of the detained robbers in the capital 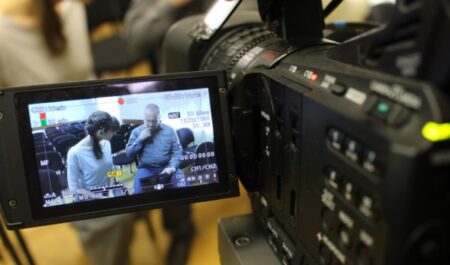 Yurii Irkhin, the Head of the Department Psychological Research of KFI helped journalists to analyze the behavior of the detained robbers who had been recently detained in the capital. The representatives of the TV studio of the Ministry of Internal Affairs of Ukraine applied to the expert’s explanations.

The leading expert-psychologist of KFI analyzed the behavior of detained citizens and told about the features that could be used in the determination of their skills in possession of weapons and the actual roles as the robbers distributed among themselves.

According to the expert, the detained citizens acted confidently and carefully, this is evidenced by non-verbal details. To this event they prepared and trained at the level of the game.

“In this situation, offenders physically and behaviorally did not act bold enough, however, the determination and confidence showed about the personal courage. These are the guys became offenders not today; they decided to do actions like these in a real life a long time ago. What they do is clearly reflects their level of training”, noted Yurii Irkhin.

We would like to recall that individual psychological peculiarities, features of character, leading qualities of the individual, as well as motive factors of mental life and human behavior, emotional reactions and conditions, experts of KFI analyze during forensic expertise.