We express our sincere condolences! In memory of Vladlen I.Honcharenko 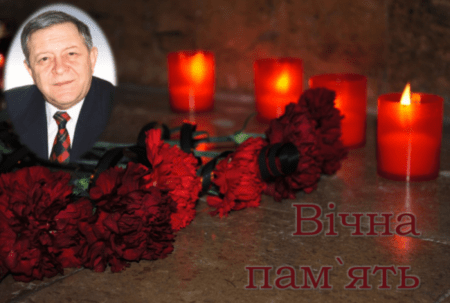 Kyiv Scientific Research Institute of Forensic Expertise with deep sadness announces that on 4 March 2018 Vladlen I. Honcharenko, a forensic expert, lawyer, teacher, professor, academician of the National Academy of Legal Sciences of Ukraine, passed away on the 87th year of his life.

Vladlen Honcharenko worked in Kyiv Scientific Research Institute of Forensic Expertise at the beginning of his professional career; he was the head of the Forensic Museum and Scientific Archive, a research associate in the Department of trasology and ballistic research. Since then, he began to engage in forensic research.

He is the author of more than 350 scientific and methodological works on research such as the philosophy of law, human rights, criminal process, criminalistics, legal psychology, legal informatics, forensic examination.

Vladlen Honcharenko was awarded the Yaroslav the Wise Prize in 2006 for “Expertise in Forensic Practice”, which was published four times (1987, 1993, 2005, 2010), “for outstanding achievements in scientific research on problems of jurisprudence”.

We express our sincere condolences to the family, friends, and colleagues of the deceased. An imperishable memory of Vladlen Honchrenko!