Viktor Kostetskyi, Head of the Criminalistics Laboratory of Kyiv Scientific Research Institute of Forensic Expertise, told about the features of the fingerprint examination on the live broadcast of the Ukrainian Radio

At the request of journalists of the Ukrainian Radio, Viktor Kostetskyi, Head of the Criminalistics Laboratory of Kyiv Scientific Research Institute of Forensic Expertise told about the features of the fingerprint examination.

During the broadcast of the program “The Mirror of History” the presenters told the audience about the first case of the disclosure of the murder with the use of a fingerprint research. The first effective fingerprinting study in the history of forensic research was conducted in 1892 by the Argentine police inspector Eduardo Alvarez.

The use of fingerprinting at the present stage of society’s development extends to a wider range of issues related to the lives of citizens.

Viktor Kostetskyi, Head of the Criminalistics Laboratory of Kyiv Scientific Research Institute of Forensic Expertise, told that fingerprinting studies are used in criminal proceedings in 99% of cases. If traces are suitable for research in this case the examination helps to investigate 100% of crimes.

“If traces left by criminals at the crime scene are seized by forensic experts and the study was conducted by experts, then this is a 100% evidence base to prove crime at the crime scene” said Viktor Kostetskyi and added that the main properties of the papillary lines are their individuality, stability and recoverability. That is, even with a certain type of damage, a partially papillary pattern is restored within a short period. In addition, papillary patterns, except for fingers exist on other parts of the palm, can also remain on objects in which a person touched or took into the hands.

According to Viktor Kostetskyi, in the process of fingerprinting a person, traces of phalanges of the fingers and palms are selected. In some cases, traces of a person’s bare feet can also be removed at a crime scene, and when a person is taken to law enforcement agencies, fingerprinting of the legs also takes place.

“There is a single central base in the system of the Expert Service of the Ministry of Internal Affairs of Ukraine; it is constantly updated, said Viktor Kostetskyi.

According to Viktor Kostetskyi, an alternative to fingerprinting is DNA, however, such studies are much more expensive, and therefore, compared to the pricing policy, fingerprinting is a more accessible evidence base.

Journalists also asked if a person could refuse to do fingerprinting: “If a person is suspected of committing an offense, therefore, samples can be taken forcibly. If a person has not committed a crime and is a victim, then a person can abandon the procedure, – explained Viktor Kostetskyi, – and in the criminal proceedings also picked up papillary patterns of victims and suspects. In such cases, a refusal may also be possible, but as a rule, an honest person does not have to hide and freely provides fingerprints”.

PrevПопередняTo the readers’ attention! We remind about the site of the collection “Criminalistics and Forensics”
НаступнаMeeting of the Ukrainian Working Group regarding the issue of psychoactive substances within EU-Act ProjectNext 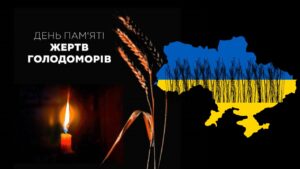 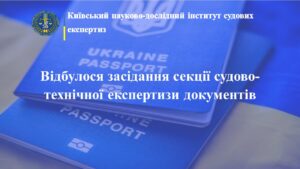 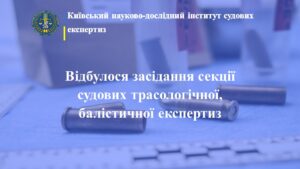