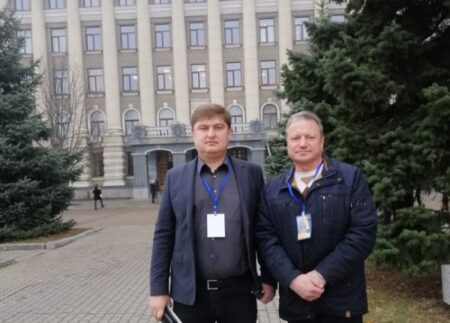 Representatives of Kyiv Scientific Research Institute of Forensic Expertise of the Ministry of Justice of Ukraine became participants of the IV International Scientific and Practical Conference “Implementation of the state anti-corruption policy in the international dimension”.

The event was held at the National Academy of the Interior and was dedicated to International Anti-Corruption Day.

The speakers presented the following topics to the participants:

To the participants of the conference were also presented the World Economic Crime and Fraud Survey of 2018 according to a survey of Ukrainian organizations, the data of which indicate that Ukraine is only in a transitional stage of overcoming corruption. In particular, the lack of a coherent strategy between the three main potential actors of the anti-corruption system – state institutions, civil society and the business environment.