Nataliia Nestor, Deputy Director of Kyiv Scientific Research Institute of Forensic Expertise, presented the institution during the 8th European Academy of Forensic Science Conference 2018, which was held on August 27-31, 2018 in Lyon, France.

The current conference gathered more than 800 participants from 57 countries, including the leading countries of the EU, the USA, Australia, Japan, China, etc.

Ukraine was represented by the only institution of Kyiv Scientific Research Institute of Forensic Expertise.

The Conference covered the following topics:

In general, during the sessions of individual workshops, over 150 reports of the world’s leading criminologists were presented in various areas of expert research.

During the conference participants had the opportunity to get acquainted with the Headquarters of the International Criminal Police Organization (Interpol), which is located in the city of Lyon.

Nataliia Nestor, Deputy Director of Kyiv Scientific Research Institute of Forensic Expertise, noted the high level of organization of the European Academy of Forensic Science Conference in 2018 and attention to topical issues of forensic science, as well as substantive practical parts of the participants’ reports.

Kyiv Scientific Research Institute of Forensic Expertise will continue to develop active international cooperation in order to introduce the best world achievements in the practice of forensic institutions of the Ministry of Justice Ukraine. 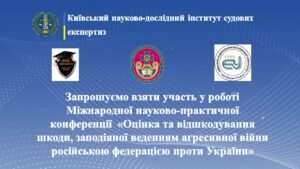 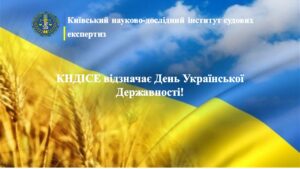 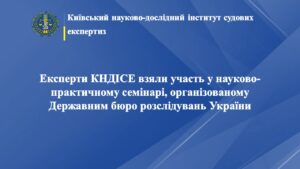