Oleksandr Ruvin’s comment on the AN-26 crash near Chuhuiv 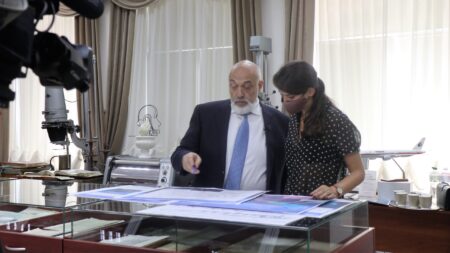 Oleksandr Ruvin, Director of the Kyiv Scientific Research Institute of Forensic Expertise gave a comment to the ICTV channel concerning the crash of the АН-26Ш aircraft near the city of Chuhuiv in the Kharkiv Oblast, which occurred on September 25, 2020.

Oleksandr Ruvin said that the experts of the Kyiv Scientific Research Institute of Forensic Expertise had established that the plane was in good condition at the beginning of the flight. However, due to congestion and the organization of flights in a “conveyor” way, i.e. without the mandatory stop of the aircraft on the runway to replace the crew and conduct a technical inspection, during the sixth lap of the flight, there was a malfunction of the LTC system, which led to a loss of power of the right engine.

The АН-26Ш has the ability to land even with one engine, but the coincidence of many adverse circumstances, such as aircraft overload, violation of instructions during the task, incorrect flight trajectory during the sixth lap, led to the plane crash.