Oleksandr Ruvin, Director of Kyiv Scientific Research Institute of Forensic Expertise gave the interview to the journalists about the features of military expertise and a new type of research

At the request of media representatives, the Head of KFI spoke about the features of military expertise and the wide range of issues, forensic experts decide within the framework of relevant studies.

According to Oleksandr Ruvin, the Department of military expertise of KFI was established in 2015, as it raised the urgent question of conducting forensic examinations of the consequences of hostilities. The main objectives of the military examination are the following:

“The department’s specialists have already carried out many examinations regarding the life of the Armed Forces of Ukraine, the State Border Guard Service, and the Foreign Intelligence Service and so on. Forensic experts examined both the decision-making by commanders and superiors, as well as the actions of ordinary military personnel. Among the resonant cases that we worked on were Balakliia, Ichnia, Kalynivka (explosions at the military arsenal in Balakliia, Kharkiv Oblast, in May 2018, explosions at military depots in the city of Ichnia, Chernihiv Oblast, in October 2018, explosions in military warehouses in Kalyinivka, Vinnytsia Oblast, in September 2017, editors’ note), explained the director of KFI.

According to the Head of KFI, one of the first completed examinations in this department was the examination of the Ilovaisk tragedy, which occurred in August 2014 near the city of Ilovaisk, Donetsk Oblast.

It was conducted by a large number of different specialists, including three Deputy Ministers of Defense (already in the resignation), four Chiefs of Main Departments, representatives of research institutions, just military with a lot of experience in conducting military operations, and even members of the public, in particular, military journalist Yurii Butusov, who also had official access to state secrets. It was a complex expertise that consisted of a commodity unit research, military and economic studies.

“Now we are conducting a new type of research – examination of missile and artillery weapons. Such examinations have not yet been carried out in any country in the world,” – summed up the Head of KFI.

See the full video version of the interview with the Director of Kyiv Scientific Research Institute of Forensic Expertise on the “Journalit’s” website.

PrevПопередняQuestioned documents examination at Kyiv Scientific Research Institute of Forensic Expertise
НаступнаThe invitation to discuss the first versions of draft national standards in the field of activity of TC No. 192 “Forensic Sciences”Next 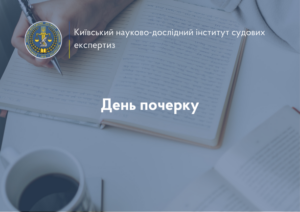 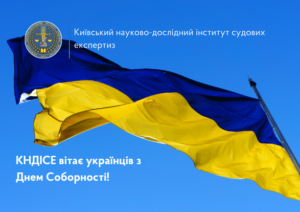 Kyiv Scientific Research Institute of Forensic Expertise congratulates on the Day of Unity of Ukraine! 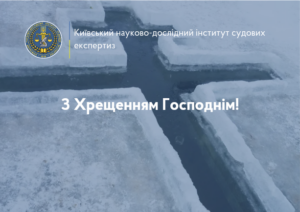 Kyiv Scientific Research Institute of Forensic Expertise congratulates on the feast of the Baptism of the Lord!