M. Sehai, a prominent criminologist, Doctor of Law, professor, academician of the Academy of Legal Sciences of Ukraine, Honored Worker of Science and Technology of Ukraine, and participant of the Great Patriotic War, passed away in May.

Mykhailo Ya. Sehai went through a busy life.

After graduating from school, Mykhailo Ya. Sehai joined the Soviet Army and the Great Patriotic War began immediately. Only after the war, did he manage to become a student of the Faculty of Law of the Taras Shevchenko State University of Kyiv.

Over the years of work in the scientific field, Mykhailo Ya. Sehai became the author of more than 180 scientific papers, including 6 monographs and 10 manuals. Under his leadership, more than 20 research for the degree of candidates and two Doctors of Law have been defended.

For the development of domestic criminology, as well as a significant contribution to the theory and practice of other legal sciences was awarded the silver medal of Raphael S. Belkin “For outstanding services in the development of criminology and forensic science”. The award was established by the United Nations Public Awards Council.

M. Ya. Sehai was one of the organizers of the publication of the republican interdepartmental scientific and methodical collection “Criminalistics and Forensics” and a member of its editorial board.

Mykhailo Sehai was and remains an example to follow in his professional activity because he was a man who combined not only the professional traits of a scientist, jurist, and criminologist but also good human qualities.

In the memory of colleagues of the Kyiv Scientific Research Institute of Forensic Expertise  M. Ya. Sehai will remain a talented scientist, immeasurably dedicated and persistent researcher on the path of scientific research in the field of criminology, a model for future generations of scientists. 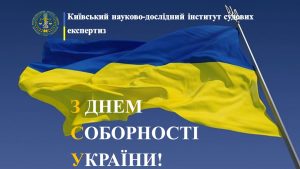