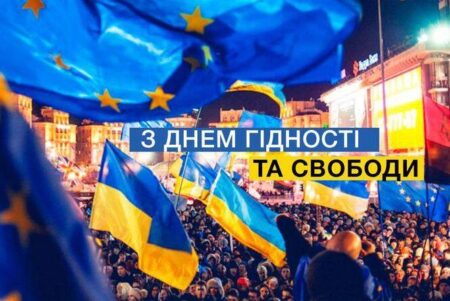 As stated in the Decree of the President of Ukraine No. 872/2014 as of November 13, 2014, this date is set “in order to establish in Ukraine the ideals of freedom and democracy, preserve and convey to present and future generations objective information about fateful events in Ukraine at the beginning of the XXI century, as well as paying due respect to the patriotism and courage of citizens who in the fall of 2004 and in November 2013 – February 2014 stood up for democratic values, human and civil rights and freedoms, national interests of our state and its European choice…”

Day of Dignity and Freedom is both a solemn and tragic date for our state. During the turbulent events of the two revolutions, Ukrainians were able to defend their honour, dignity, right to freedom and their choice of European path for our country. However, unfortunately, the events of 2014 have shown that freedom can be given at a significant price.

Kyiv Scientific Research Institute of Forensic Expertise congratulates all Ukrainians on the Day of Dignity and Freedom! We wish you peace and prosperity!