Celebrations on the occasion of these events took place in the International Convention Center “Ukrainian House”.

The event was attended by representatives of the state authorities, local self-government authorities, international organizations, academic institutions, higher education institutions and other guests whose activities are related to the field of forensic expertise.

In a welcoming speech, Oleksandr Ruvin, Director of the Institute, noted that today the institute employs more than 400 specialists. “For 105 years of existence, more than 1.5 million expert assessments have been performed by specialists of the Institute, including about 950 thousand for the years of Ukraine’s independence. Over the past 5 years, a number of new types of examinations have been introduced at Kyiv Scientific Research Institute of Forensic Expertise. The Institute was admitted to the system of the European Network of Forensic Science Institutes, which is now a monopoly in Europe, where forensic experts of KFI have been authorized to conduct international examinations”, said Oleksandr Ruvin, Director of KFI.

A very pleasant and solemn moment of the meeting was the presentation of greetings to Kyiv Scientific Research Institute of Forensic Expertise from the President of Ukraine Petro Poroshenko and the Prime Minister of Ukraine Volodymyr Groysman.

“Forensic experts, year after year, you increase your experience and bring your professionalism, recognized not only in Ukraine, but also at the international level. The Ministry of Justice will continue to defend the independence and professional protection of each expert, who daily provides an objective response to the evidence obtained in the criminal investigation of civil and administrative cases”, said the Minister of Justice of Ukraine Pavlo Petrenko and wished the forensic experts professional successes, new creative achievements, inexhaustible vitality, good health, family happiness and well-being.

Yurii Lutsenko, Prosecutor General of Ukraine during the welcoming speech stressed the importance of the work of experts in the field of forensic examination, especially in 2014, when conflict broke out in the east of our country:

“Thanks to you, about 100 thousand expert examinations and expert studies were conducted after the events of 2014. Thanks to your comprehensive explosive-technical expertise, it became possible to establish the guilt of suspected terrorists. Thanks to tactical forensic expertise, even for a long time already a verdict on the IL-76 tragedy was passed in court. Thanks to comprehensive international expertise on the MH-17 flight, we hope for the result in the Hague Tribunal for the terrorists who unleashed a war against our state. I have great respect for the Director of the Institute, Oleksandr Ruvin, and for his professionalism, and his way of life as well. Thank you all the team of the Institute because on your shoulders this titanic invisible work keeps. Professionalism and objectivity are signs of the work of your institution”, said Yurii Lutsenko.

Anatolii Matios, the Chief Military Prosecutor of Ukraine, joined the congratulations and during his welcoming speech told about KFI managed to introduce new types and methods of forensic examinations, as well as the importance of their results.

“Dear experts, all present and especially Oleksandr Ruvin, thank you for your work. I also thank the Minister of Justice of Ukraine. It was he who in 2014 introduced forensic psychological expertise with the use of polygraph. 4000 documents sent to the International Criminal Court, this is the result of the work of such expertise with the use of polygraph. Most of all such examinations were conducted by the Kyiv Scientific Research Institute of Forensic Expertise. In addition, thanks to the Director of KFI, Oleksandr Ruvin, who could on a free basis to attract military experts and conduct thousands of complex military examinations that became the basis for announcing suspicions to the Russian Defense Minister, the Chief of the General Staff, the judges of the Constitutional Court of the Russian Federation on the annexation of the Crimea”, said Anatolii Matios and added that specialists of this sphere sometimes have to work even in conditions of risk for their own lives.

The collective of KFI headed by the Director Oleksandr Ruvin expresses sincere gratitude for the greetings from all colleagues and friends! 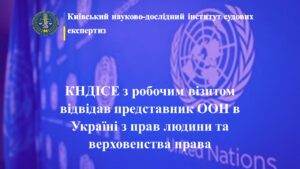 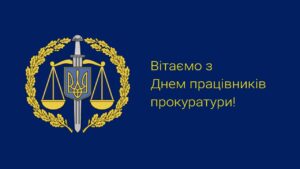